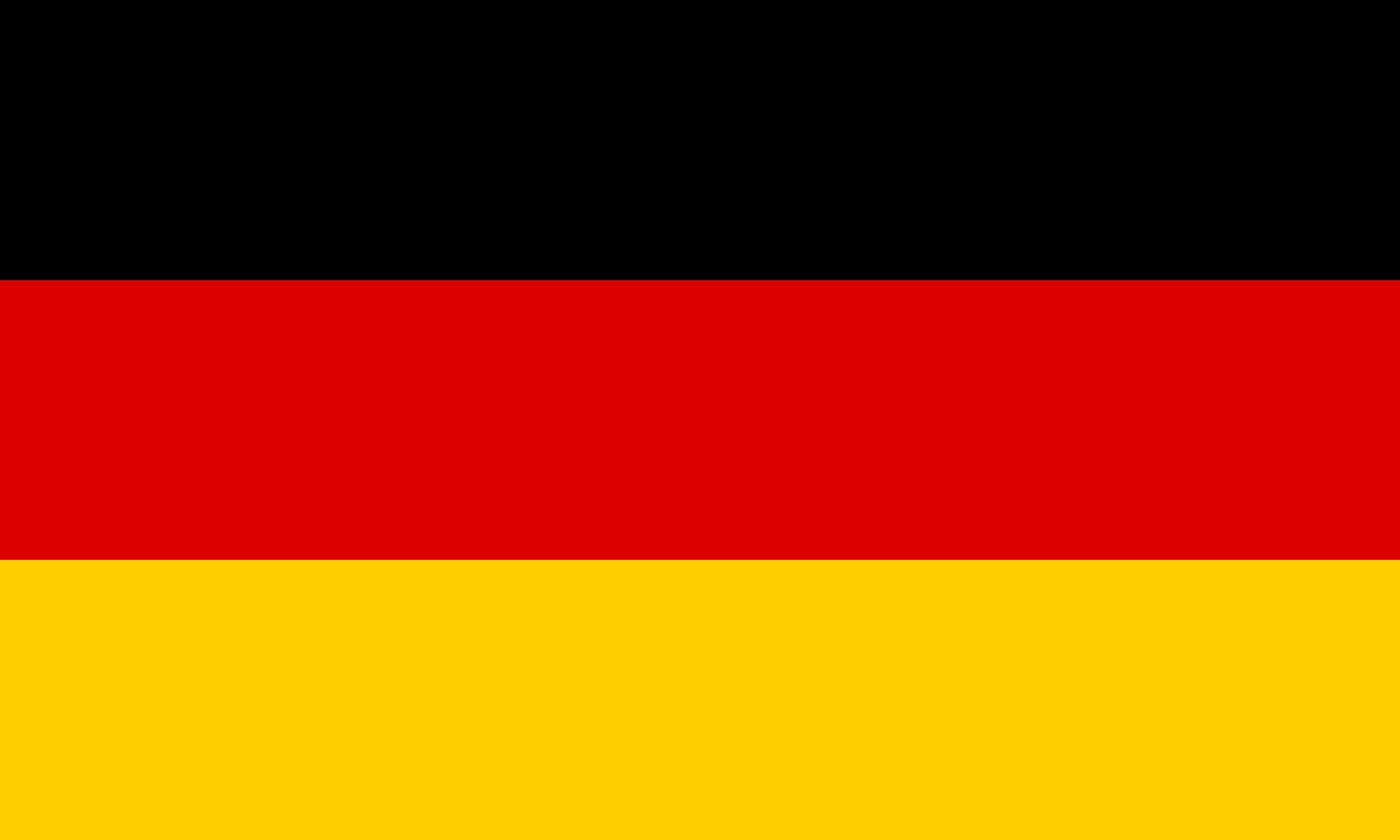 A complex and diversified geology, endows Portugal with considerable mineral potential. Mineral exploitation from world-class deposits include, Neves-Corvo (Cu, tin) operated by the Lundin Mining and Panasqueira (W) tin operation by Almonty, Portugal is presently one of the main EU producers of copper, tin and tungsten concentrates and an important world producer of ornamental stones.

Portuguese territory covers half of the Iberian Pyrite Belt (IPB) which is considered the main metallogenic province of the European Union, where occurrences of polymetallic massive sulphide occur.

The Borba 2 concession permit, which consists of four projects, is located 160 km east of Lisbon and approximately 70 Km east of Évora the local provincial capital. The recognized potential of this sector to host precious-metal and base metal mineralization is enhanced by the presence of past producing mines and abundant Cu and Au mineral occurrences in shear zones and epithermal systems associated with intra-Ordovician volcanism.

The Borba 2 permit covers an area of 328 sq. km and represents an elongated polygon with the longest side at 40 km long and the widest part at 11km.

The Rio Tinto Group which explored the area for epithermal gold
deposits during the early 1980’s. They were followed by Carnon Holdings Ltd, in the early 1990’s, by Auvista Minerals during the period 1996-1998, by Rio Narcea Gold Mines in a JV with Kernow Resources (2005-2007) and more recently by Colt Resources.

Our most Advanced Asset the Miguel Vacas Past Producing Copper Mine

Exploration started in 1925-1978 and onwards with various companies, who conducted sampling, drilling and some geophysics.

The halting of mining operations by Sociedade Mineira de Argozelo was due to the financial difficulties of its holding company Minargol, which went bankrupt, mostly as a result of their tin operation in Argozelo in (Northern Portugal).

Copper mineralization occurs in brecciated zones and the impregnation of black/grey shales in the oxide zone, including Malachite, Libethenite, Crisocola, Atacamite and Covelite.

The deposit remains open along strike and down dip.

Developed in 1866 the mine has seen intermittent mining until the early 1900’s. Records indicate mining down to a depth of 200m on nine levels.

Quartz-cemented breccias emplaced on east branch (splay?) of the Messejana Fault zone.
Mineralization is thought to be related to a late Hercinian mineralizing event.

The Mineralization is associated with a 1km long section of the fault zone. Includes three
main veins that have been mined in the past: Vein 1 (main vein), up to 1.2 m thick, mined over 800m along strike; Vein2 – , average 1.3m
thickness; Vein 3 – no records on file.

Past Exploration Results And Upside Potential:

Dump samples of silicified and sheared acid tuffs from the Bugalho mine area assay up to 9.14
g/t Au and 0.35% Cu. The mineralization is from a wide NE-SW trending shear zone that can be
mapped on at least 5 km along strike.

Mostardeira Copper mine is located approximately 2 km south of the town of Estremoz and 4km north of the NW limit of the tenement. The mine operation was focused on a wide (up to 10 m thick) anastomosing WSW-ESE trending vein system that is developed on at least 700 m along strike and is open to both directions. The vein system is hosted by Silurian and Devonian
metasediments.

This shear zone has been historically mined for Cu with most of the mining works concentrated
along a thin high-grade Cu zone (<2m) that was probably running over 5% Cu. The records on
gold production are not available.

Epithermal mineralization occurs in altered volcanics and carbonates and is mainly controlled by an E-W structure, that extends at least 400 metres along strike and is open at depth. The mineralized zone occupies the core of a second order anticline with acid volcanics flanked by Silurian shales, phyllites and graphitic phyllites. 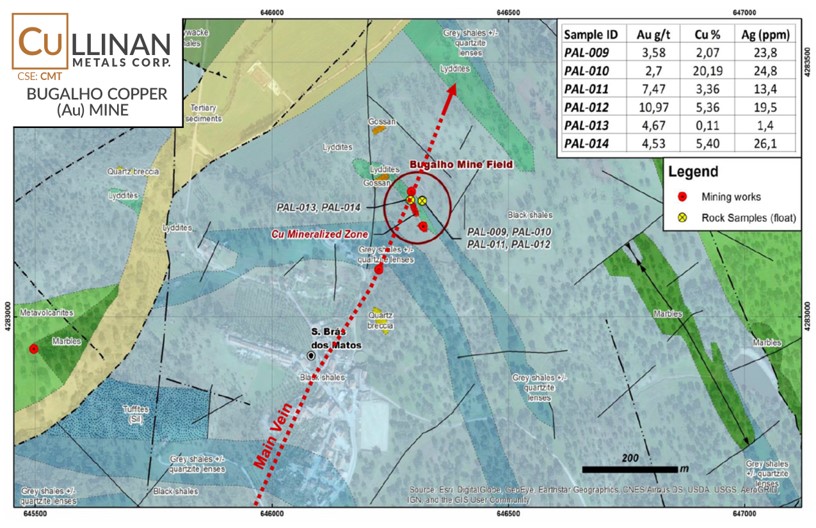 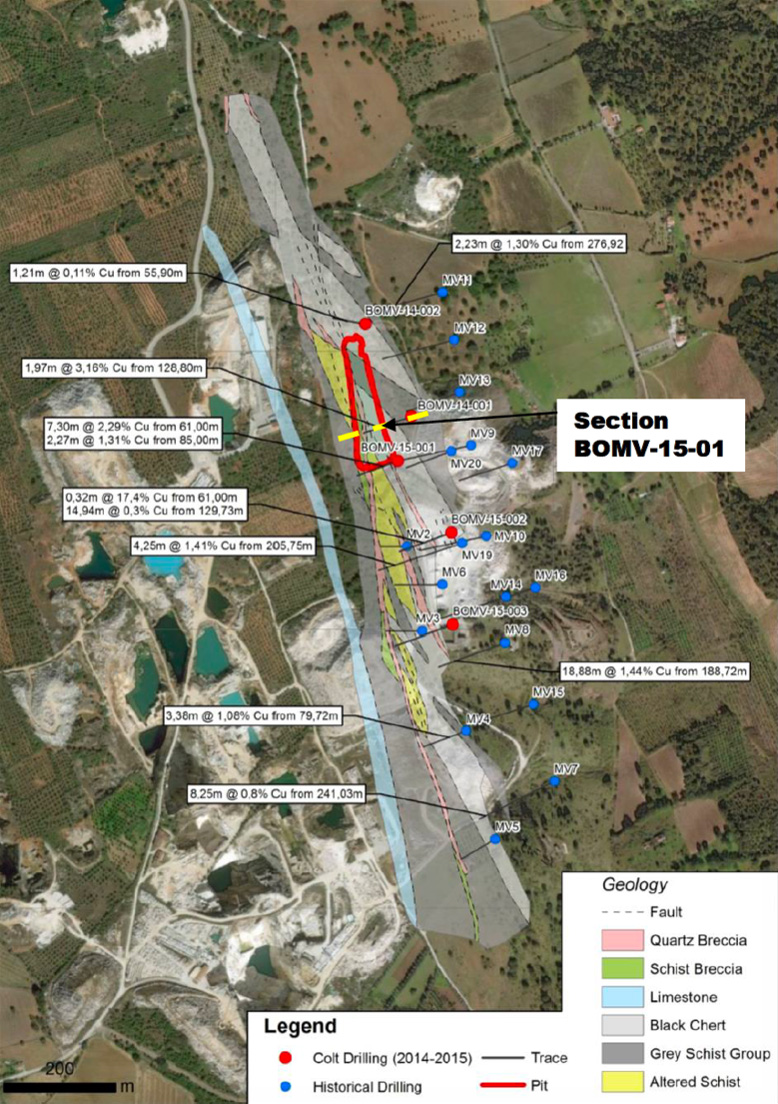 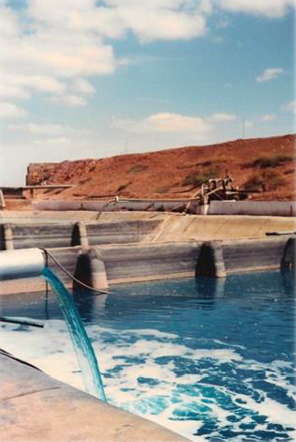 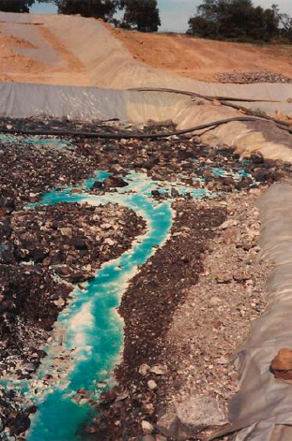 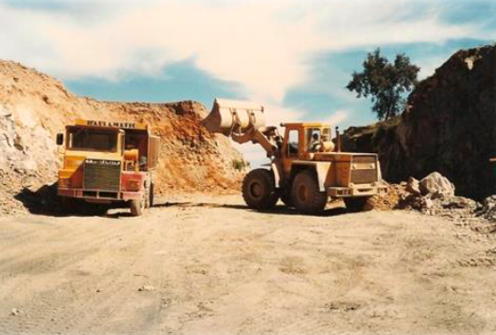 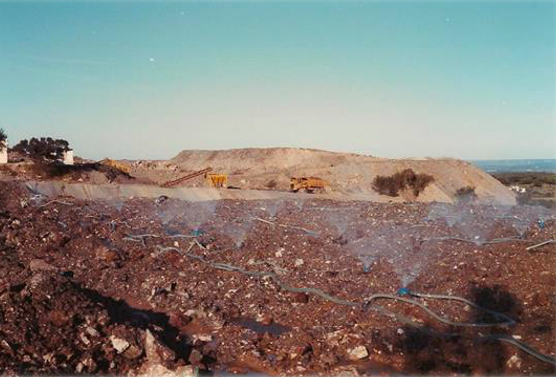 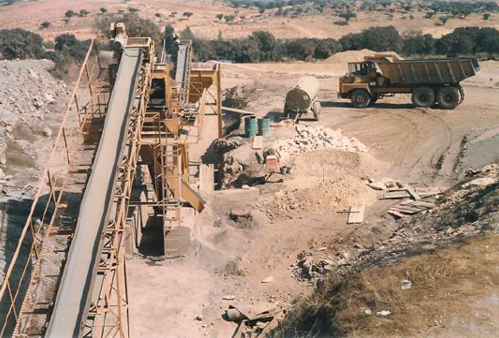 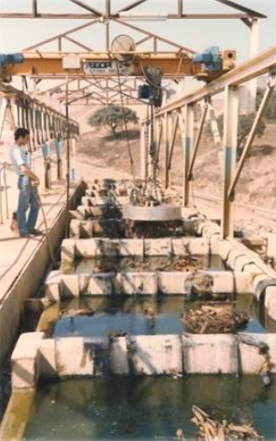 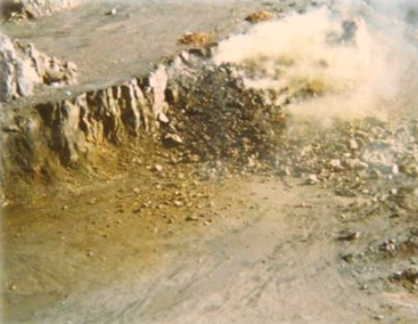 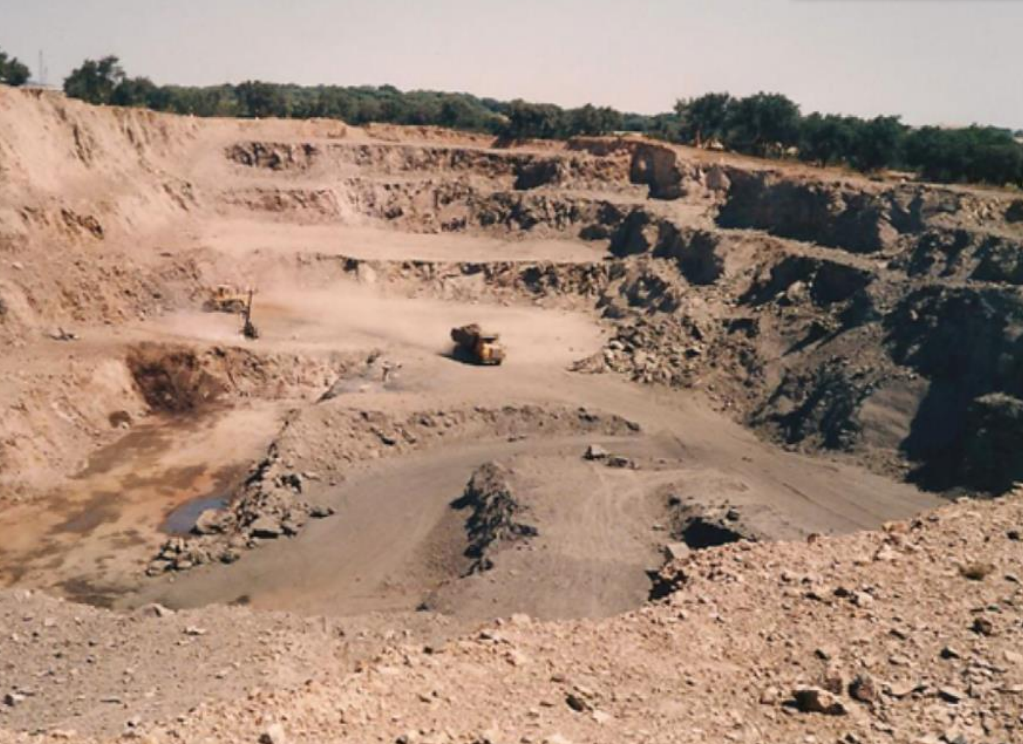 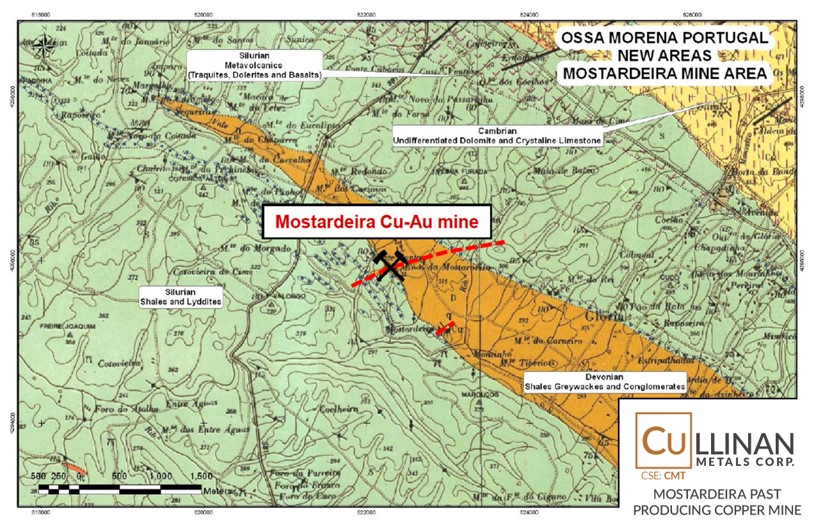 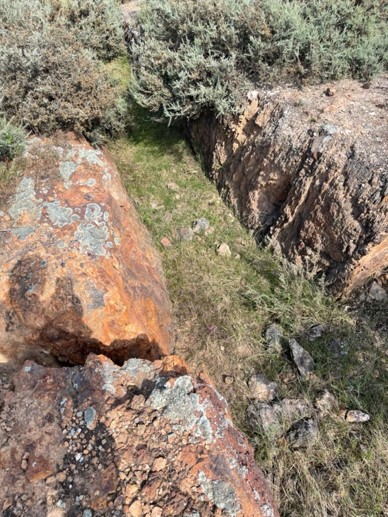 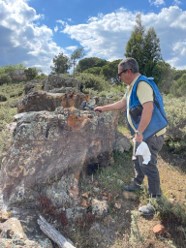 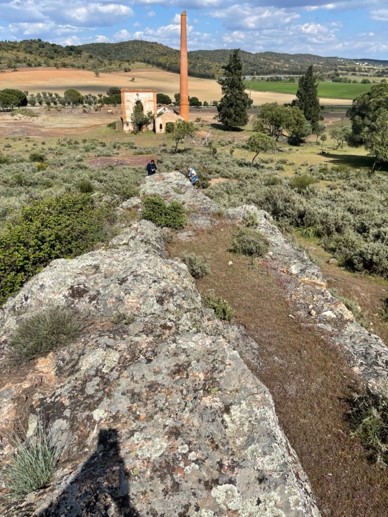 Thank you! Your submission has been received!